Menu
Log in
Register
Install the app
You are using an out of date browser. It may not display this or other websites correctly.
You should upgrade or use an alternative browser.

The Good, the Bad and the Ugly

harpoon said:
This is just my approach at the moment and i'm happy and comfortable with it, so just h
gonna do my own thing .
Click to expand...

And that’s where true and lasting change comes from.

What you write above underscores the often well intentioned, but cumbersome and disempowering nature of institutionalized approaches.

We really do have it innately within ourselves to be free and healed, and this forum and each of us are simply here to support and help each other along.
H

When he said that "I'm not ready to surrender" my gut feeling was to get the hell out of there. Surrender and relinquish control over my own destiny to them...now way Schiavone.

The only thing I would have surrendered is hope!

Beautiful1973 said:
Hey Paul, I just want to say how well you are doing, you should be really proud of yourself.

I totally agree with this, I think it’s much more productive to put your energy into activities and connection. I’m pro Therapy, but 4x nights a week seems a little intense.

I just listened to a great podcast this morning, which I think you would enjoy, well worth checking out:

Morning wood I back and that's when I get urges. I went fir a walk in to rain at 10pm last night because of an unmerciful urge.

Don't get me wrong I fought an urge last night and then I lay on the bed content and happy, but I wish there was more relief from urges sometimes

Tuesday will be 45 days, and then I turn around and get the hell out of here with another 45, that'll be 90 and that's my goal.

I think the significance of 90 is that the association between fapping and a screen should be weakened. Well something will be different, maybe I'll have a beard

You;re a hero fir doing this. You inspire so many.
H

On another note, I was walking at the beach yesterday and I was low, I literally walked in circles for a half hour. I felt so isolated.

I reached out to a woman I had an affair with. We were great friends once. We met and went for a walk.

I won't lie, in the back of my mind a little part of me did think I could get her in the bed, just to feel good for awhile.

She said I broke her heart (she basically had left her husband for me and then I backed away.) I apologised, she accepted my apology (I explained the situation at the time was out of control and ppl were getting hurt.)

The reality, I was using her to feel good. My Dad had just died and if I'm honest with myself that's all it was, a great distraction and some fn about. In the end when I realised I could be caught I took the first exit.

Anyway we met yesterday, she has a new job, has given up alcohol and seems more driven than I have seen her in years. Of course I lied again, I said things like "the truth is I wanted you, but I couldn't have you" she'd say "I gave you myself on a plate" and she did. I know she loves me, and I've known that for some time (I don't want to sound like an asshole, but I just know.) Do I love her? No. I don't. But I would tell her I do in the hope of getting her in the bed so I could feel good for a little while.

I realised when I was talking that some of the things I was saying were absolute lies, all aimed at getting her in bed.

Am I that addicted to all this that i'm willing to destroy so many ppls life's...again?

I hope there is some love left in my soul, but it seems to be that all i'm driven for is me me me. I want I want I want.

I had look on a dating app then and was texting a woman, she didn't want causal hook ups so of course I lied again and said I was after a long term thing. But it's all lies too. What I wanted there was something new to get off with for a few weeks and then get the fuck out of there. I just stopped texting her.

If any1 has any advice on all that pls comment.


Anna Lembke has quite a few videos on youtube, regarding Dopamine, withdrawal and the Pleasure & Pain balance. See also got a book out, which is on my read list.

With regards to the ladies and the lying, I think the only thing I can say is it's good that you are recognising the behaviour, as it gives you the opportunity to make changes.
H

Thank you @Beautiful1973 I will watch this video later or maybe

But I'm just back from a family get together and I had a good time so all is OK. My brother asked if I wanted a bottle of beer and i said no thanks

I am different now, just slightly, but I am different. I expected miracles at first. I thought a week clean and I would be laughing, maybe two weeks clean and I'd be the

4 weeks clean and i'd be unstoppable, but for at least one day I was, the marathon, where I did in fact for unstoppable.

The main reason to reboot is ultimately to be happy. I want to smile, laugh, and regain my personality. All i want is to heal and be happy.
H 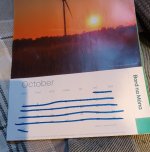 Sometimes I do feel very vulnerable, like right now, but as torn as I am, I can see that I am better without P.

I felt ok this morning and tbh the last few days I have had great morning wood, never do the have morning wood when using P......NEVER.

Putting everything aside am I willing to trade morning wood and recovery for an empty screen, NO.

Is it over? I'm not that foolish, but it is different, and sometimes I feel hope

I dont know how to describe how I feel atm. Alive maybe. I've kept pushing myself everyday, to meet ppl, to do things, to join clubs, to run, swim and kick some ass

The stress and pain from everything over the last five months had me on my knees crying 45 days ago. For me that was rock bottom, there was no more pain to take.

For my whole life I would go down the rabbit hole, to medicate and to forget.

Talking has helped so much but the drive to get better had to be there. I'm a work in progress, I accept that, I know i can be vulnerable but that's alright, in some way it makes me feel more alive.

i think what a fool I have been, and really can i ever be right?

It's easy, anything you want, no strings, but nothing is free.

Depression, failed relationships, ED, insanity, whats not to like?

If I'm honest a little part of me says "open a tab on your phone and just fn go for it. Fuck 'em all. Why am I evenndoing this?"

I find excruciatingly boring at times, actually its fn brutal, I thought to myself "how do ppl live sober?"

I am the nowhere man. I am the Hijacker.

I'll go for run now, but i wish I could just kill this Hijacker, could he just leave me be

Today was good, bad and ugly but maybe not in that order

I met a friend for breakfast, and I noticed in the restaurant I had no anxiety

which hadn't been the norm for years.

After breakfast we went for a walk and just talked about everything, it was great.

Later in the day I started to unravel a bit and had a few urges so i met my sister for a coffee, she's a great listener

In the evening I made a phone call to a guy I met thru the SLAA. It was a
cool chat.

I went for a run then to burn off some energy.
H

Today is kicking my ass

I hid this addiction so well, for so long, no one knew and although miserable i could function to some degree....anyway today is just a bad day I guess.

Stay strong. Tomorrow will be better. These ups and downs are normal from what I can tell...
H

I start every day now with a cup of tea and a Dr. Trish Leigh youtube video. I find I helps me focus and puts my head in reboot mode.

I've learned that i'm quite a deep thinker, i'm kind and generous, but vulnerable and hurt quite easy. I have a big heart and refuse to let pain close that again.

I've learned that I'm a massive addict, and that I can be triggered quite easily and I must be very cautious.

I've also learned that I'm quite strong, and have kicked some ass over the last 48 days.

At times I can be confident and I've done some great things over the last two months.

If i had to score myself out of 10, I would say 7/10 over the last two months, there is room for improvement.
H